What is a bareboat charter?

A bareboat charter is when the yacht you want to charter is offered with no crew. Therefore you, as a charterer, need to obtain the appropriate qualifications, as you are responsible for the yacht, the navigation, the mooring and the safety of your group. Perfect Yachts has a fleet of sailing yachts and catamarans up to 42 feet that are offered for bareboat charters. Most bareboat yachts can accommodate up to 10 persons.

What qualifications are obligatory to charter a bareboat sailing yacht in Greece?

Fully recognized are ASA & RYA certifications. Greek Authorities always require at least one sailing license/certification and one experienced crew member as co-skipper for bareboat charters. The appropriate documentation which is officially recognized as a certification or sailing license in the charterer’s home country is definitely accepted. It is obligatory for local port authorities to require a sailing experience declaration for the skipper and co-skipper.

Why to choose a Skippered yacht charter?

Skippered charters are highly recommended for people who don’t have a sailing license/certification or for charterers who don’t have the experience to handle a yacht alone. Also it is the ideal option if you want to have a relaxed and fully luxury vacation without the responsibility of sailing and mooring around Greek islands. In Perfect Yachts we can assist you to choose the perfect yacht for your group, as well as the Skipper who will handle the yacht for you.

Why to choose a Crewed yacht charter?

Perfect Yachts has a sailing yacht and 3 catamarans up to 63 feet that are offered crewed only with a dedicated – professional crew, a Skipper, a Hostess and a Cook (if necessary).

It is the superb option for delightful, totally relaxed and luxury vacation. Our experienced crew will offer you the best memories on board, guiding you to the most beautiful and safe destinations.

What kind of yacht is the ideal choice?

The ideal choice depends on your needs and your group preferences. Here, at Perfect Yachts, we are more than happy to recommend the best yacht for you. We can offer you a tailormade sailing holiday down to the last detail. All we need to know is the number of how many people is your party, if there are couples traveling together, single guests that require private cabins, or children and their age. All these information will help us present the type and size of boat we recommend.

What do I need to do, to book my sailing vacation?

The perfect start is right now, as you are viewing Perfect Yachts website! Do you know what kind of boat you are looking for? Then browse our fleet and send us a quick quote request. If you don’t exaclty know which of our yachts suits your needs best or have further questions, feel free to contact us with your preferred initial plans and we will be happy to assist you.

Can I decide the sailing itinerary?

Greek islands are so many and unique, so your itinerary can be truly fun! Should you decide on a bareboat charter your destinations are up to you. On a skippered / fully crewed charter you are most than welcome to discuss with your Skipper your prefered itinerary or you can simply leave it all up to our experienced captains who love showing our guests the best highlights that only the locals know!  The key of your itinerary is of course the weather. But you have so many options, so your itinerary can be changed at any time if you wish to spend more or less time in any specific area. One of the main delights for our team at Perfect Yachts Base in Lavrio is to provide the perfect suggestion based on your preferences and always provide a chart briefing for all bareboat chaters before they leave our port.

How is the weather in Greece during spring / summer / autumn?

Greece is a typical Mediterranean country and so is our climate: the winters are mild and rainy, our summers are relatively hot and dry but mostly we have extended periods of sunshine and blue skies throughout most of the year. There is however a great variety of climate subtypes to be encountered in several regions of Greece. Mountain chains along the central part and top summits of our islands influence the air masses coming from the moisture sources of the central Mediterranean Sea.

The weather is usually stable during warm and dry periods of the year, while the sky is clear and the sun is bright (most of the time there is generally no rainfall). Sudden and brief intervals of rapid rain chiefly over mainland areas are sometimes to be expected. Grece’s warm period beginning is April and ends usualy end of October with and average air temperature from 20 to 30 degrees Celsius. June, July and August the mean maximum temperature varies 29.0 and 35.0 degrees Celsius and it is the warmest season. High temperatures of this season are tempered by fresh sea breezes in the coastal areas of the country and from the north winds, known as ‘Meltemi’, blowing mainly in the Aegean.

Can you tell me about the clothes that I should pack?

Boat shoes or tennis shoes, generaly rubber soled shoes, are a good choice and aquatic shoes are highly convenient for beachcombing. Simplicity is recommended for a light travel back and forth our Base, in and out our yachts. Casual and breezy beach clothes are great on deck during the day, while for the evenings you might need a light jacket or cotton sweater. The most important of all is to protect your skin from the Greek sun with loose-fitting cotton cover-ups, wide-brimmed hats or sailing caps and lots of suntan lotion. To protect our yachts please try not to use the common suitcases with rollers but choose soft shell baggage which are ease to store onboard.

Can I bring my children?

Absolutely! You will enjoy an awesome family vacation experience. Our yachts, our skippers and professional crews will assist you with guidance on onboard safety, will provide you with the snorkeling gear, our SUP and our other water toys. They are all experienced in family groups. If your charter includes a cook, feel free to ask for a menu to accommodate the preferences of both adults and children.

I would like to tip the crew - how much can I offer?

We usually suggest as a guideline, the average of 10-15% of the charter cost to be offered to the crew as a tip according to the quality of service provided during the charter. It is customary but always at your discretion.

What is the term APA (Advanced Provisioning Allowance)?

The APA amount is used to cover expenses incurred during the course of the charter such as fuel, food, beverages, mooring fees and other expenses not included in the Charter Fee. The captain of the yacht is responsible for accounting for all APA expenses during the charter and the breakdown will be presented to you in a clear manner at the end of the charter.

Can I order special diet menus and my favorite beverages?

An ample supply of any food or beverages you request can be stocked in our yachts. Prior to your charter you will be able to fill our preference sheets to complete. On our crewed charters, the Hostess or the Cook can accommodate special diets (salt free, low fat, vegan, vegetarian, etc.). All your meals can be planned according to your preference sheet. 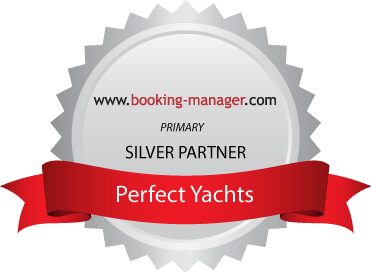